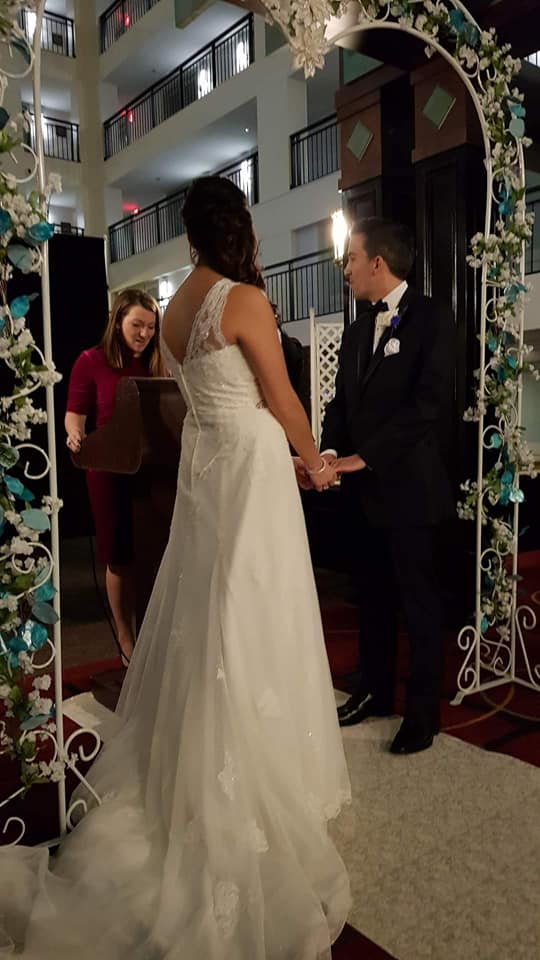 In December I celebrated a second wedding with my wife in the Chicago suburbs. We were actually married in December 2018 but back then had a small family only wedding here in Spain.

Everything went 99% perfectly and given a suitable time machine I wouldn’t attempt a second go. I was surprised with how much I really enjoyed being in the spotlight, it was also really pleasing to hear that everyone had a great time. It took months of planning and I gained new respect for event planners.

2019 also saw me spend June to September in the USA. Despite what we’re lead to believe I found life there very comfortable and didn’t hear a single gunshot. My wife and I were able to take a road trip from Indiana to Texas and back via Amarillo, Dallas, Memphis and other less well known places.

So all in all, 2019 was a great year personally. 2020 won’t be as eventful, with no weddings to plan, but I believe the reduction in stress and responsibility will be greatly appreciated.

So yes let’s get this out of the way first. In 2019 I again failed to release a new version of Cricket Coach. This was due to a lack of time specifically dedicated to Cricket Coach without distraction. To resolve this in 2020 I am going to need to organise my life better. I know it doesn’t make up for the lack of a game, but progress in 2019 did include the game now running nicely in the 1920 x 1080 resolution. So we’re getting there, though progress has been unacceptably slow.

My other business continued to steadily grow. The Glide software itself was improved continuously. We really do have many very satisfied customers, and a very decent product. Our issue is that with such a small team all of our time is spent keeping existing customers happy. We don’t therefore have enough time to market the product and grow the business, which would then provide revenue to employ more people and give us more free time. It’s a catch-22 situation. We’re doing very nicely, but at the same time, the sky is the limit, 10x growth should be entirely possible without launching in new regions.

I’m excited for 2020 though, we will have a large stand at the Accountex event in May in London. We’re looking forward to using that as a great opportunity to reach new potential customers. I don’t currently have any plans to go to any gaming events, but that might change if the right opportunity arises.

In 2019 I wrote 2 blog posts, which was pathetic. I planned to write 24 at least. I tweeted about 30 times, which isn’t enough to actually gain any new followers. I’m going to state in this blog post right now that 2020 will be different in both of these areas. Hopefully in 12 months I’ll be writing a 2020 review that confirms that it was.

Instead of writing and tweeting I was often building my model train layout. One day I will complete a blog post series explaining how I did it. It is a raised layout built in the style of shelves around part of our living room. It tunnels through a bookshelf and is powered by custom built ‘Arduino’ (well NodeMCU/D1 Mini) modules running software I wrote communicating via MQTT.

Tottenham got to the Champions League final, which was probably a once in a lifetime event. It didn’t have a happy ending, but the route there was memorable. The UK was still obsessed by Brexit, which plodded on throughout the year. The Internet seemed to get more and more centralised (i.e. people think Facebook/Instagram/Google/Amazon is ‘the Internet’) and full of attention seeking people. I’m happy to report the only time I used Facebook was to communicate via the Messenger feature, or see the odd photo somebody had uploaded. Reddit remains interesting, though in 2020 I do want to aimlessly browse it less. I have entirely replaced my TV viewing with YouTube, it is a million times more interesting and relevant to my life.

I hope whoever you are you learned a lot in 2019, and can use that experience to have the 2020 that you want to experience. I will do my best to ensure there is a new Cricket Coach out there to play during it.