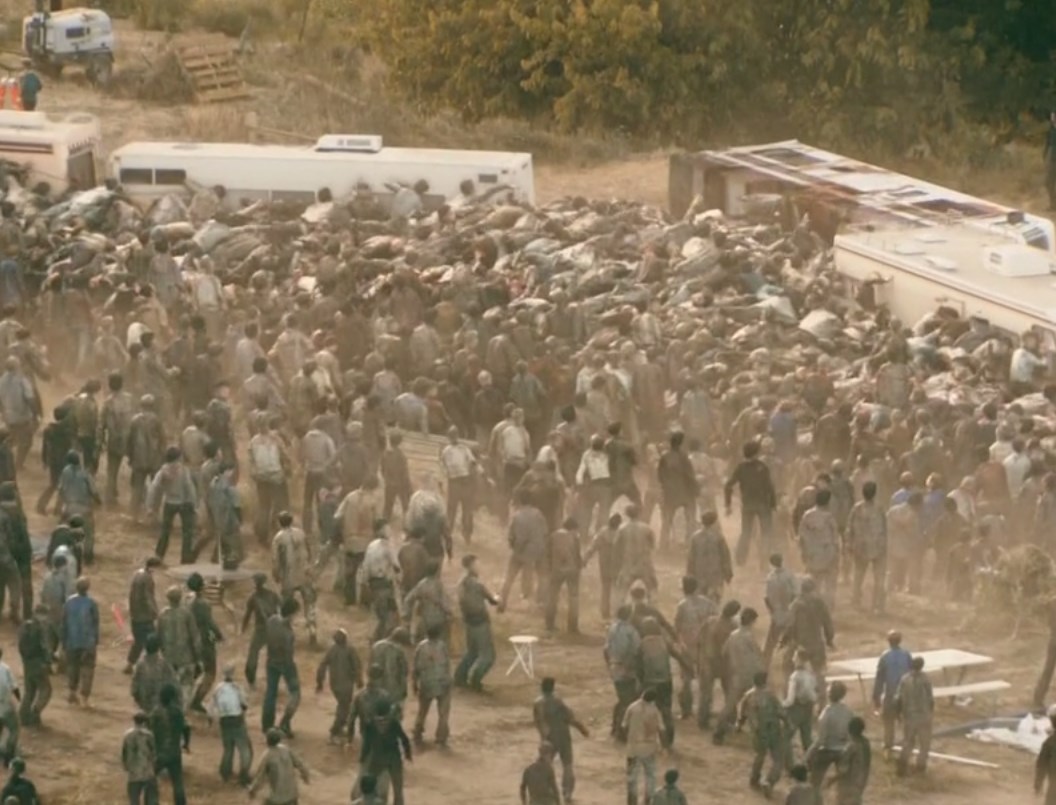 The triumphant revival of Fear The Walking Dead continued this weekend with another well balanced zombie-fest. The largely derided spin-off of The Walking Dead has redeemed itself to such an extent that most fans would reluctantly agree that it is now the more interesting of the two shows.

While The Walking Dead has become a living cartoon with larger than life enemies fighting a seemingly meaningless war of egos to determine who is the king of the castle, Fear The Walking Dead actually remains somewhat grounded in reality, with the battle for water and loyalty being the key plot lines.

Fear The Walking Dead had a poor second half to its second season, filled with absurd plot holes that were fudged shamelessly to get a set of characters from point A to point B. Many expected the series to get the same treatment as a lame zombie, being effortlessly hacked off of our screens. Instead it seems like the writers took note, had a serious brainstorming session, and have somehow managed to spin it towards an unexpected triumph. Season Three sees our group split between a ranch in southern California, and a dam close to the Mexican border city of Tijuana. The need for water on the ranch leads our lead character Madison and a new character called Walker down to the dam where they encounter Strand and Daniel, two characters they lost in season two and will now presumably reunite with the group.

Hopefully that will be the last time characters effortlessly bump into old friends randomly, remember this is a post-apocalyptic world without traditional forms of communication such as phones or the Internet. This has happened far too much in Fear The Walking Dead and I’m only going to allow them it in season three as the water story-line is interesting and I think realistic. In a post-apocalyptic world it’s likely that militia style groups would look to control precious resources and rule survivors by limiting access to it.

Meanwhile in The Walking Dead we have a character with a real life tiger who talks like a Shakespearean king plotting to attack a school yard bully who somehow controls an army of faithful followers while promising them nothing more than to not hit them over the head with a baseball bat. While our original group live a seriously middle-class life in a gated community with showers, lighting and a never ending supply of fruit and gasoline. When not eating apples or shaving our group’s hopeless leader Rick decides to trust everything to a semi-literate woman living on a rubbish dump that he met after she kidnapped one of his friends. It’s ridiculous, and I’m not really sure why it still gets 10+ million viewers on US TV. The Walking Dead returns to our screens in October for its eighth season, and I fear that it’ll continue down the same path. In a way the series is limited as it’s based on a comic that is many story-lines ahead. Therefore to admit the source material isn’t working on screen might risk alienating a large section of the fan base. To stay faithful to some of it while creating an interesting series will be difficult. I wouldn’t keep your hopes too high.

Meanwhile Fear The Walking Dead goes from strength to strength. I’d agree with other commentators who have suggested that Madison needs to be killed off. This would allow Nick, Alicia, Daniel, Strand, Troy, Walker and perhaps Ofelia to blossom as a fearsome group probably more evil than good, roaming over the western states of the USA. If they ensured resource management was the key reason for fighting, and balanced well the fight for power in the group, then this series could easily outshine its older brother for years to come.

If you’ve not watched Fear The Walked Dead, and have come to the same conclusion about The Walking Dead as I have, then I definitely urge you to binge watch yourself up to date. Tie your hands down so you don’t use them to rip your hair out during the ridiculous parts of season two and you will be rewarded with some genuinely decent TV in season three.